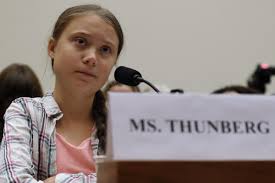 Young Swedish climate activist Greta Thunberg has hosted a group of climate scientists on the sidelines of the United Nations climate talks in Madrid.

Ms Thunberg, who arrived in Madrid on Friday said it is important for climate science to become part of the curriculum of schools around the world but added that it was also crucial to educate adults about the climate.

The panel of climate scientist included Sivan Kartha from the Stockholm Environmental Institute and William Moomaw from the Fletcher School in the United States, among others.