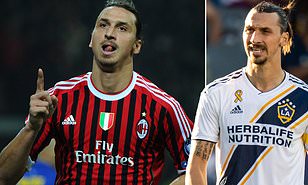 Swedish striker, Zlatan Ibrahimovic is set to make a return to AC Milan with the Italian giants close to securing their former front man following his stint in the United States.

The 38-year-old left LA Galaxy after the MLS play offs but has shown no intention of hanging up his boots just yet.

The former Sweden international outlined his desire for a return to Europe, where he enjoyed so much success in his prime and it looks like his former club Milan will win the race to sign the tall striker.

According to Italian newspaper Repubblica, AC Milan have secured the services of the star, and will announce his arrival on December 30th.

Ibrahimovic is said to have signed an 18-month contract and will receive almost 5 million euros including bonuses at the club.