Efe Ajagba is relishing his emphatic 3rd round knockout victory over Brian Howard on Saturday evening. 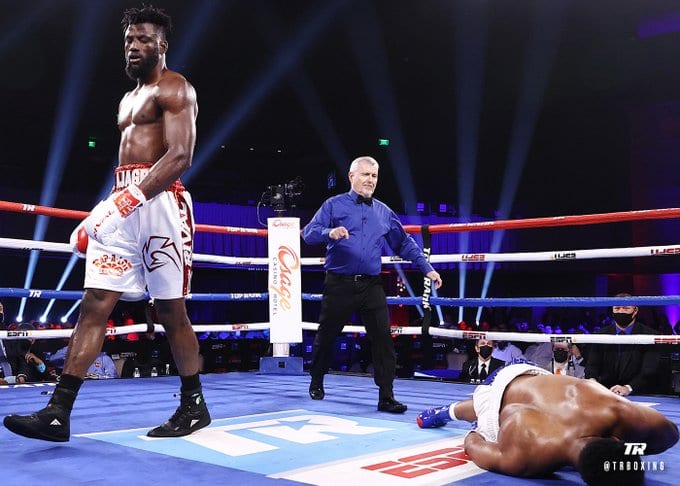 The bout was Ajagba’s first since penning a deal with Top Rank promotion and new trainer Kay Koroma.

Ajagba now won all his 15  bouts with 12 of them coming via technical knockouts and after the fight, the Rio Olympic quarter-finalist said he’s delighted to earn another win.