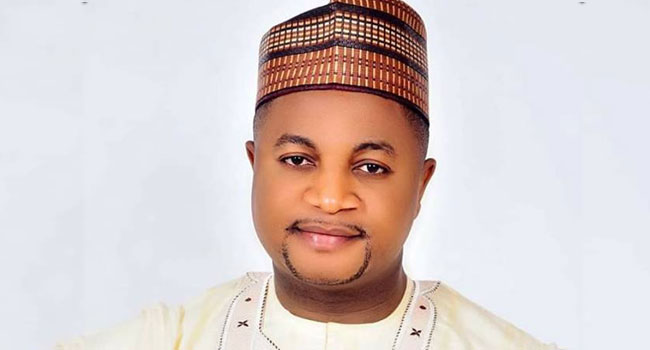 A Coalition of delegates from the South-South and South east regions, have endorsed Dr Nicolas Felix as the consensus candidate of the All Progressives Congress from the region.

The group made this known during a courtesy visit to Dr Felix at his Abuja residence on Monday.

The delegates described Dr Felix as young, vibrant, exposed and energetic aspirant who will conveniently defeat the candidate of the People’s Democratic Party, Atiku Abubakar at the polls in 2023.

According to the group, discussions are ongoing with other aspirants from the two regions to see reasons why Dr Nicolas Felix remains the best option.

Speaking on behalf of the group, Ifeanyi Okechukwu, said the decision becomes necessary going by what played out at the just concluded PDP presidential primary in Abuja. “There’s no time on our side, we need to finalise on this because we don’t want a repeat of what happened at the PDP primary to repeat itself. We need to attend the primary as united as possible.

“We are already in talks with other aspirants from the two regions – Dr Ogbonnanya onu, Godswill Akpabio, Rotimi Amaechi, Ben Ayade among others to drop their ambitions and support Dr Nicolas Felix

“We see Dr Felix’s qualities and his unblemished character, he’s pure, just and undented. He’s unlike many other aspirants who have been in and out of power. They are practically parts of the problems Nigeria is facing now. We can’t continue with these set of people.”

Also speaking, women leader of the group, Mr Ngozi Chinonzo, thanked Dr Nicolas Felix for his commitment to the wellness and wellbeing of Nigerians irrespective of their tribe and religion. Mr Chinonzo promised to mobilise more support for the actualisation of the Dr Nicolas Felix’s Presidential ambition. “We work till victory is achieved. We can’t continue to recycle the same set of politicians who brought us to this present situation. Your excellency sir, you are young, vibrant and energetic, more importantly, you have the fear of God and we believe you will change the narrative for better.”

Responding, Dr Felix thanked the groups for their support and commitment towards a just society. He promised not to disappoint anyone if given the opportunity to fly the ticket of the party.

Meanwhile, Dr Nicolas Felix Felix on Monday was screened by the APC Presidential Screening Committee where he excellently responded to questions raised by the panel.

The All Progressives Congress will on 6th to 8th June hold its its special convention to elect the its flagbearer ahead of the 2023 presidential elections.

Atiku will win 2023 Presidential election with a landslide – Melaye