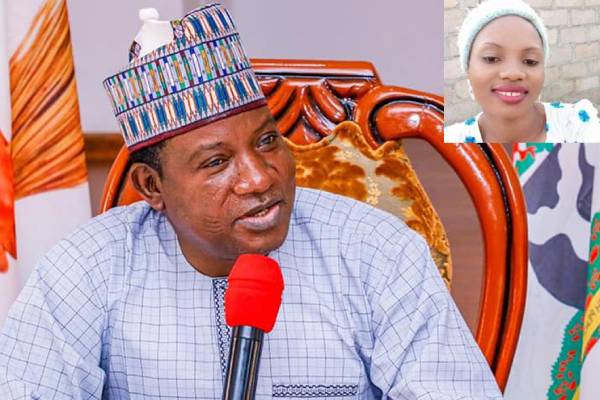 Following the killing of a female student, Miss Deborah Samuel of Shehu Shagari College of Education in Sokoto, for alleged blasphemy, the Northern Governors’ Forum, (NGF) has urged Christians and Nigerians to remain calm.

Governor Simon Bako Lalong, chairman of the Forum and Governor of Plateau State, said in a statement that the governors were concerned about the development, describing it as “clearly an extra-judicial measure of addressing perceived infraction.”

“The Northern governors appealled for calm following reports of a peaceful protest being hijacked and later turned violent, resulting in the imposition of a curfew in Sokoto metropolis,” the statement reads.

The governors stressed in the statement that any attempt to use self-help to address grievances, whether religious or not, could lead to further chaos in the country.

The Forum requested that security agencies conduct a thorough investigation into the incident, while also expressing condolences to the victim’s family, according to the statement.

The Forum commended Governor Aminu Tambuwal for taking proactive steps to restore normalcy in the state.

Tambuwal was assured of the governors’ solidarity and prayers in dealing with the matter, and that they would ensure the adoption of necessary measures to prevent recurrence in any part of the region or the country at large, according to the statement.

The governors stressed the importance of people from northern Nigeria and Nigerians showing love, tolerance, and respect for one another, regardless of faith, ethnicity, or other affiliations, for overall peaceful coexistence.

SEC sets limit of N10bn to be raised from digital assets