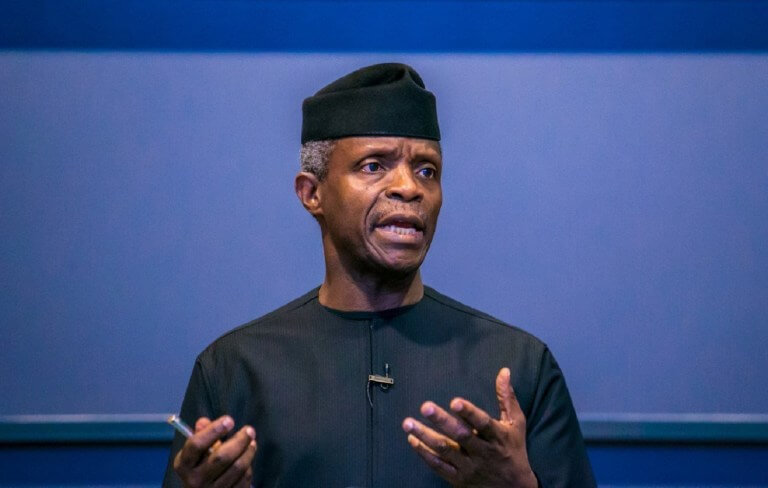 Vice President Yemi Osinbajo has condemned the brutal killing of Deborah Samuel, a student of the Shehu Shagari College of Education in Sokoto State over alleged blasphemy.

Speaking at the Presidential Wing of the Nnamdi Azikiwe International Airport in Abuja, the Vice President commended the Sultan of Sokoto, the State Governor and other leaders in the state for condemning the dastardly act, insisting that the perpetrators be brought to justice.

Meanwhile, Kaduna State Government has announced an immediate ban on all forms of religious protests in the state. It vehemently warns that violators will be prosecuted.

The state’s Internal Security Commissioner, Samuel Aruwan, in a statement explained that the decision was reached after consultations with security agencies.

He noted that prohibiting religious protests became imperative in view of recent security developments in some northern states.
Governor Nasir El-Rufa’i has also ordered security agencies to ensure strict enforcement of the ban.

He charged community and religious leaders to complement governments efforts by maintaining peace and stability.