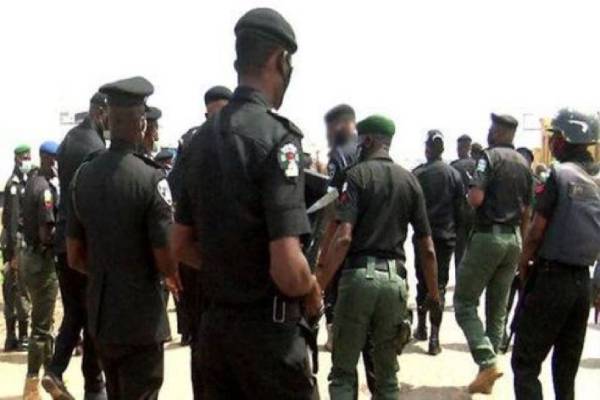 Police shot and killed a suspected member of the Indigenous People of Biafra (IPOB) and the Eastern Security Network (ESN) in a forest in Onicha, Ezinihitte Mbaise local government area, Imo State, over the weekend

They also claimed to have discovered an IPOB/ESN terror camp, as well as recovered improvised explosive devices, arms, and ammuntion in the state.

The command’s spokesman, CSP. Michael Abattam, said in a statement on Saturday that the hoodlums opened fire on the policemen after seeing them. One of the hoodlums was shot and killed, while the others fled with bullet wounds into the adjacent jungle.

The release stated; “The proscribed IPOB/ ESN terror group, its militia wing has made a forest at Onicha in Ezinihitte Mbaise LGA of Imo State their operational base from where they go out to perpetrate heinous crimes which include terrorism, kidnapping, armed robbery and killing of innocent citizens.

“Based on this information, the ever combat-ready Imo Command’s tactical teams, having carried out surveillance of the criminal hideouts, on 18/1/2022 at about 1300 hours, stormed the deadly terror camp.”

One AK-47 rifle with 40 rounds of live ammo, ten locally-fabricated explosives devices, one police hand grenade, and two Toyota Highlander SUVs with no registration numbers were among the items recovered from them while combing the bush and searching the terror camp.

The command appealed to the people of the state not to allow criminals to use their community as a safe haven to perpetrate heinous crimes.

It also urged them to form vigilante groups and neighbourhood watch associations to complement the efforts of the police and other security agencies, adding that they should report any suspicious person seen with bullet wounds to the nearest police station or call the command’s emergency numbers: 08034773600 or 08098880197.

The commissioner of police in Imo State, CP Rabiu Hussaini, commended the officers and men for their dedication and heroism and thanked the people of the state for their unwavering support, assuring them of the command’s commitment to ensuring a crime-free state.

I will defeat all Terrorists before handover – President Buhari