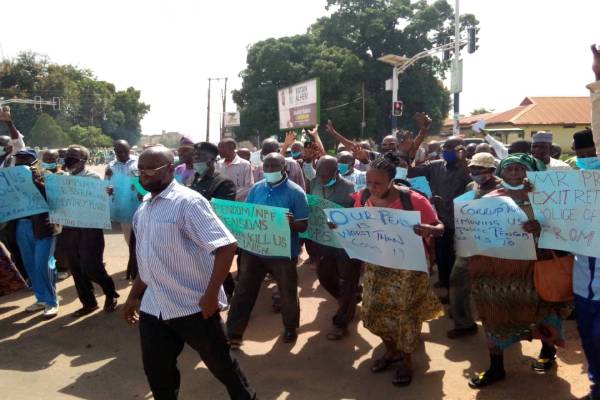 Retired Nigerian Police officers in Kaduna state have carried out a peaceful protest to drive home their demands for improved retirement benefits.

Part of their request is that the Nigerian Police be withdrawn from the Contributory Pension Scheme just as their counterparts in the army and other sister security agencies. 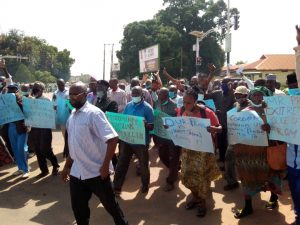 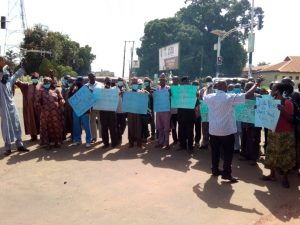 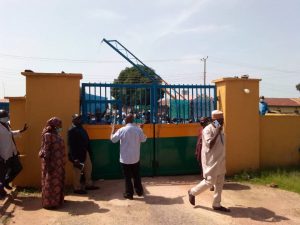 They explained that after 35 years of dedicated service to the Nation, the monthly take-home of a retired officer under the said scheme is very poor, describing it as ‘a transport allowance to the grave’.

The retirees, armed with placard with various inscriptions chanted solidarity songs as they marched to headquarters of the Kaduna State Police Command.

The state Police Commissioner was absent but the protesters submitted a communique containing their demands with the hope that it is delivered to the Nigerian Police Force authorities.

They say next, they will storm the Federal Capital Territory in a peaceful protest to press home their demands.