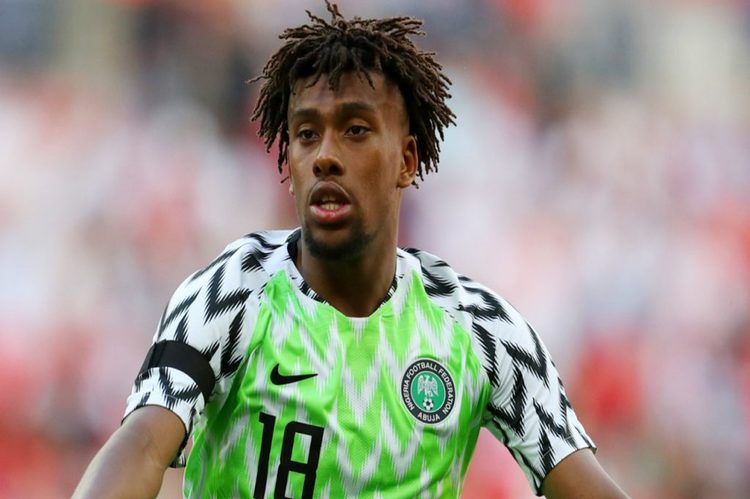 Everton player, Alex Iwobi, has assured Nigerians that the Super Eagles will give their 100 per cent when they file out in the reverse fixture of their Africa Cup of Nations qualifier against Sierra Leone at the Siaka Stevens Stadium in Freetown on Tuesday (today).

Iwobi scored a brace as the Eagles shockingly lost a four goal lead to draw 4-4 against the Leone Stars at the Samuel Ogbemudia Stadium, Benin, last Friday.

The team arrived Freetown Monday afternoon and trained at the Siaka Stevens Stadium at about 5.45pm (4:45pm Sierra Leonean time) in Nigeria time.

“I promise Nigerians we’re going to work hard to give them a 100 per cent determination and desire and hopefully we can put up a performance like the first half we had in Benin.

“We are going to take a whole lot of frustration from the game we drew in Benin and try to put it right against Sierra Leone away from home.”

Nigeria currently top Group L on seven points while they are closely followed by Benin Republic on six points.

A win for Nigeria against the Leone Stars will guarantee them a spot at the 2022 AFCON in Cameroon.