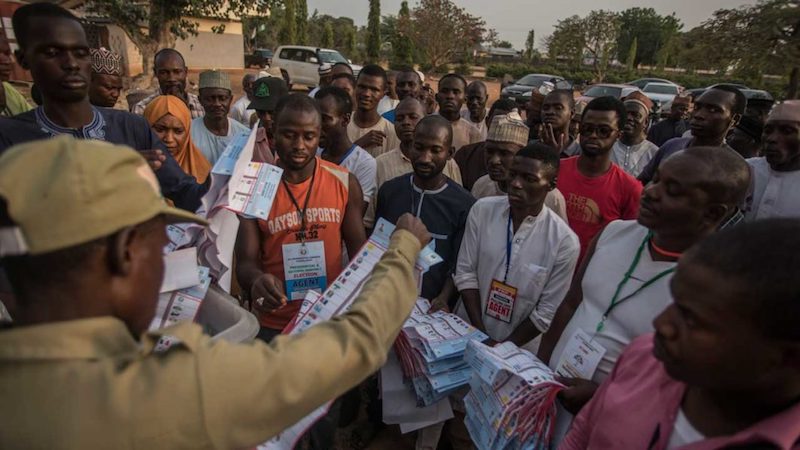 Voting and sorting have ended in most polling units in Sokoto in the Governorship and State House assembly election held on Saturday.

Attention has shifted to ward and local government collation centres as no activity has started at the Sultan Maccido Quaranic Institute where the state collation centre is situated.

Officials of the Independent National Electoral Commission are present to set the stage for the commencement of the collation.

Security personnel are also present as they await result from the twenty three local government areas of the state.

It was a peaceful election in Sokoto and less complain on card reader malfunctioning, as resident waiting anxiously for the commencement of the collation.