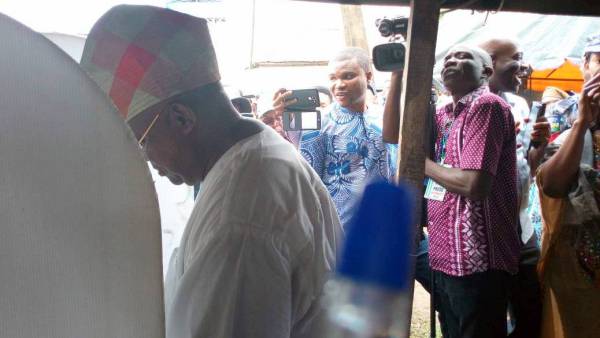 Voting and counting of ballots went on smoothly in the  Osun west senatorial by-election held in 5 local government local areas of the state.

He says the population of voters gradually improved as voting progressed.

The candidate of the peoples democratic party, Ademola Adeleke voted at his Sagba polling unit as early as half past 8 in the morning and was optimistic of victory.

Voting was concluded before the 2 o’clock stipulated time in some polling units followed by counting of ballots by 2 P.M.

The Card reader machine did not disappoint in most polling units but in some  cases, the incident form was used.