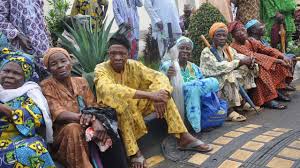 Taraba state government said it has cleared the backlog of gratuities for more than one thousand retirees and deceased civil servants in the state.

This follows the governor’s approval and release of a monthly one hundred million naira gratuity and terminal pension payment.

The local government staff pension board’s Executive Secretary who handed out the cheques to beneficiaries, commended the gesture. They said it is an indication of the state governor fulfilling his campaign promise of clearing the backlog of gratuities and other entitlements owed retired civil servants.

The state Head of Service made it clear that the payment which commenced in December 2018 is on a first come first served basis.

The Nigerian Labour Congress in the state, commended the governor for running a worker-friendly government.

The Taraba state government has already unfolded policies centered on social reforms. Capacity building for workers and prompt payment of entitlements are some of them but workers still crave the new minimum wage’s implementation.