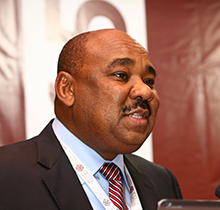 The new civilian government is trying, with the help of donors, to launch a series of economic and political reforms after veteran ruler Omar al-Bashir was ousted in April.

Sudan has been in crisis since losing two-thirds of oil production with the secession of South Sudan in 2011.

Finance Minster Ibrahim Elbadawi told reporters subsidies for petrol and gasoline would be gradually lifted next year while subsides for wheat and cooking gas would be kept in place to help the poor.

Elbadawi did not say what Sudan expected in terms of any donor support but said the 2020 budget would increase spending for education and social spending, and there would be also aid for needy families and that provinces hit by fighting and insurgencies would be allocated an extra 9.3 billion pounds.