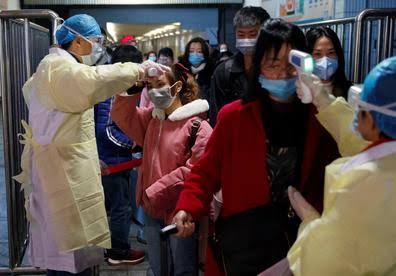 South Korea said it will bar entry by foreigners who have visited Hubei province, China and those who are already in the country will be quarantined for 14 days because of Coronavirus outbreak.

The visa-free entry programme for foreigners to the tourist island of Jeju will also be temporarily suspended, after three new cases were confirmed, bringing the number to 15.

New Zealand has also announced that it would bar entry into the country from all foreign nationals arriving from mainland China despite having no confirmed cases.

The ban will be in effect for up to 14days, reviewed every 48hours and includes all foreign travellers who leave or transit after the second of February.

In Germany, a plane carrying more than one hundred citizens and family members landed in Frankfurt after being evacuated from the Chinese city of Wuhan.

The country has confirmed a seventh case of the virus though the health ministry has called for calm, warning against hysteria and hostility from the public.

And an Indonesian plane, carrying 243 nationals has arrived in Batam, and the evacuees will be in quarantined for fourteen days.

There were four Indonesians who chose to remain for family reasons, while others were unable to meet the health requirements for flying.

COVID-19: China rejects WHO proposal for study of origin