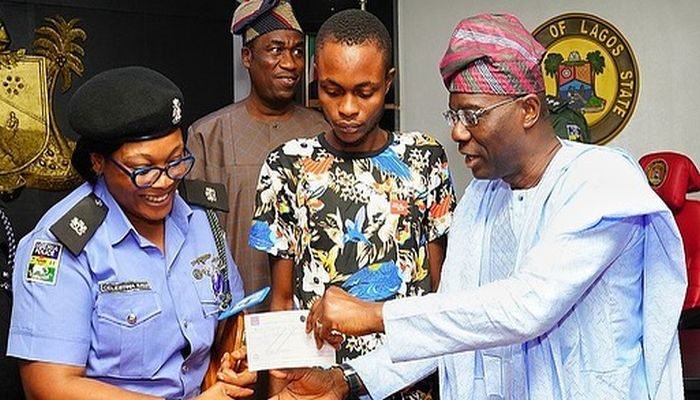 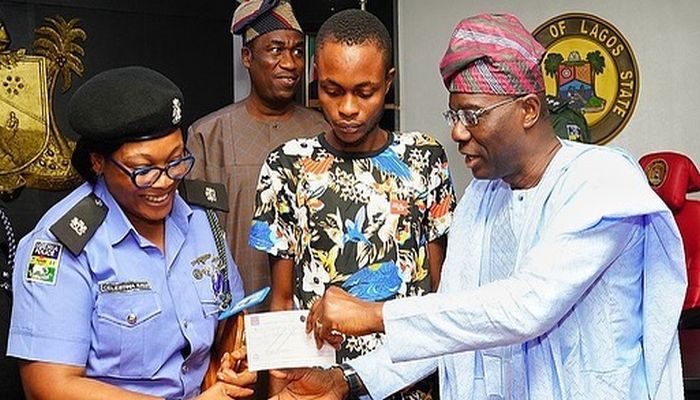 Lagos state governor, Babajide Sanwolu has given an award of recognition to the Ogudu Divisional Police officer, Celestina Nwankwo-Kalu, for saving the life of a victim of gunshot in his area.

Correspondent, Adedoja Salam-Adeniyi reports that “Mummy Don’t let me die” were the words that saved 25 years old Friday after been shot by rubbers on the 19th of last month at Ogudu.

The words touched Officer Celestina Nwankwo, the DPO of Ojudu police station who went all the way to keep Friday alive.

Officer Celestina parted with more than N200,000 just to stabilize Friday in a hospital in Lagos.

Unlike Celestina many Nigerian would have looked the other way or get busy taking pictures instead of helping the victim. And this is the reason why Governor Sanwoolu is recognizing the officer in the presence of the State cabinet, with an award to encourage others.

The congestion at the general hospital delayed Friday’s treatment on that fateful day, but on his unscheduled visit to the General Hospital, Marina, over the weekend, to have a first-hand appraisal of situation at the medical facility, governor Sanwoolu settled the medical bills of some patients who
were delayed for not paying their bills to create space for others.

He said his administration will not rest until it achieved the universal health coverage even before the set date of 2025! 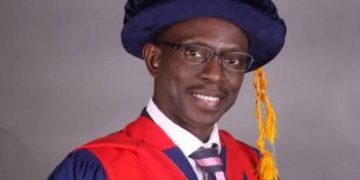 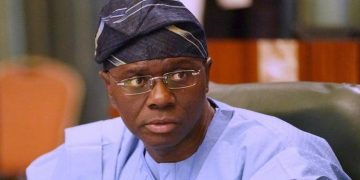 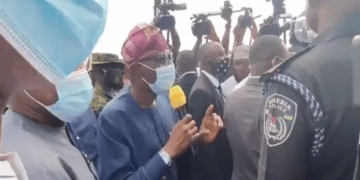 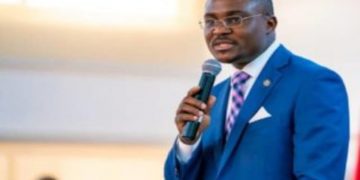 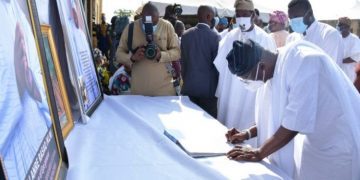