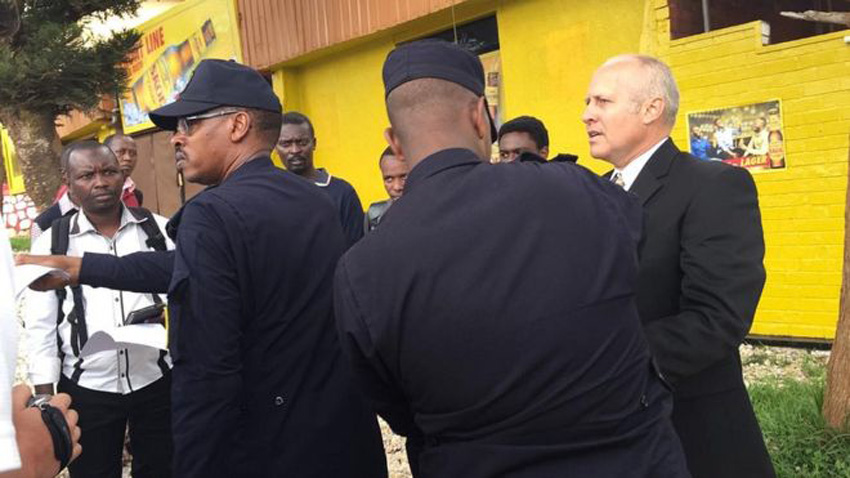 Rwandan police have arrested a US pastor as he was about to conduct a news conference in Kigali.

Evangelist Gregg Schoof was arrested for holding what police call an “illegal meeting with journalists”.

It is believed he planned to criticise the Rwandan government for shutting down his radio station and his church.

The Amazing Grace radio station was banned last year after it broadcast a sermon that described women as “evil”.

And the church was closed in February, for failing to comply with building regulations “and for noise pollution”.