Everton have reached the FA Cup quarter-finals after knocking out Tottenham Hotspur in a nine-goal thriller at the Goodison Park.

The contest swung in both teams’ favour before Carlo Ancelotti’s side showed huge resolve to grab the decisive goal with Bernard scoring home in the seventh minute of extra time.

More Goals were scored in the second half to end regulation time at 4 -4 with extra time needed to settle score. 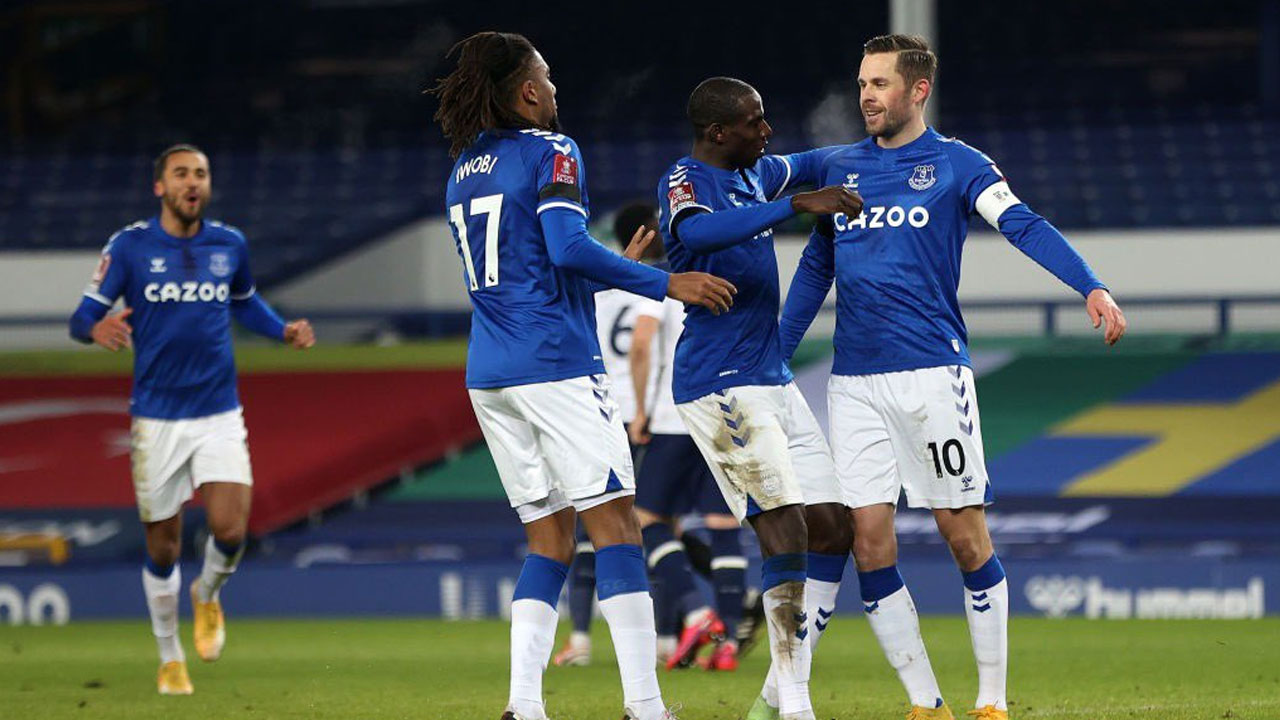 Brazilian Midfielder pounced on a through ball from Sigurdsson seven minutes into the extra time to score the winning goal for Everton who knock out Spurs 5-4.

Elsewhere, Manchester City set a new English Football record of 15 straight wins in all competitions after a comfortable 3-1 victory over Swansea City to book their place in the Quarter finals.

Kyle Walker, Raheem Sterling and Gabriel Jesus were on target as Guardiola’s team surpassed the English Football record of 14 Straight wins achieved by the Preston team of 1891-92 and the 1987-88 Arsenal side.