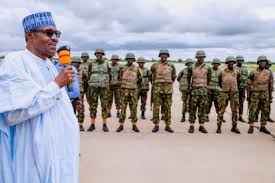 A non-partisan political pressure group, “Embasara-Foundation”, has called on President Muhammadu Buhari to end the political killings in Rivers, Bayelsa and other states in Ijaw-land.

At a news conference in Yenagoa, spokesman of the group, said there is tension in the land, following developments in Abonnema and Oweikorogha, where a photographer in the Press Unit of the Bayelsa State Government House was shot, alongside a Ward Chairman of the People’s Democratic Party.

Toyota, BMW threaten to shut down production in the UK