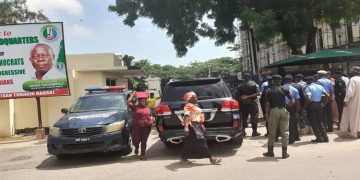 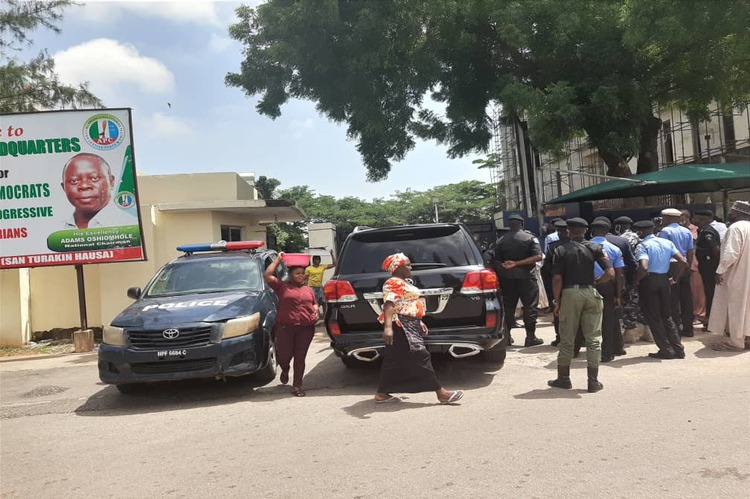 Persons who had entered the building were sent out, as security vehicles and personnel have been stationed in and around the party facility.

This is coming just two days after the police sealed and reopened the premises within hours.

This development also comes on a day the Victor Giadom faction of the APC will be holding a virtual National Executive Committee meeting.

Meanwhile, the Acting National Secretary of the All Progressives Congress, Waziri Bulama, has called on the police authorities to direct the immediate re-opening of the party’s Secretariat.

He said  there is no need for the police to seal the office since staff are non partisan.

President Muhammadu Buhari is about now participating in a Vittual meeting of the National Executive Committee of the party. NEC is the party’s highest decision making organ. 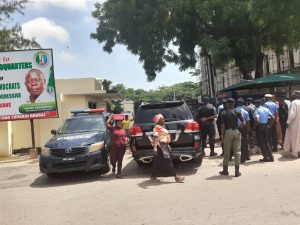 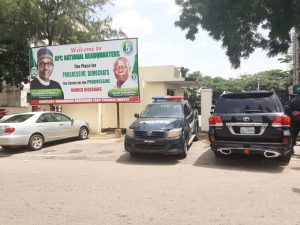 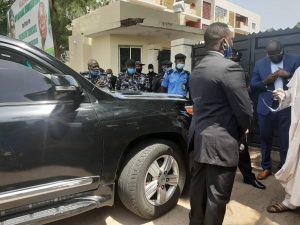