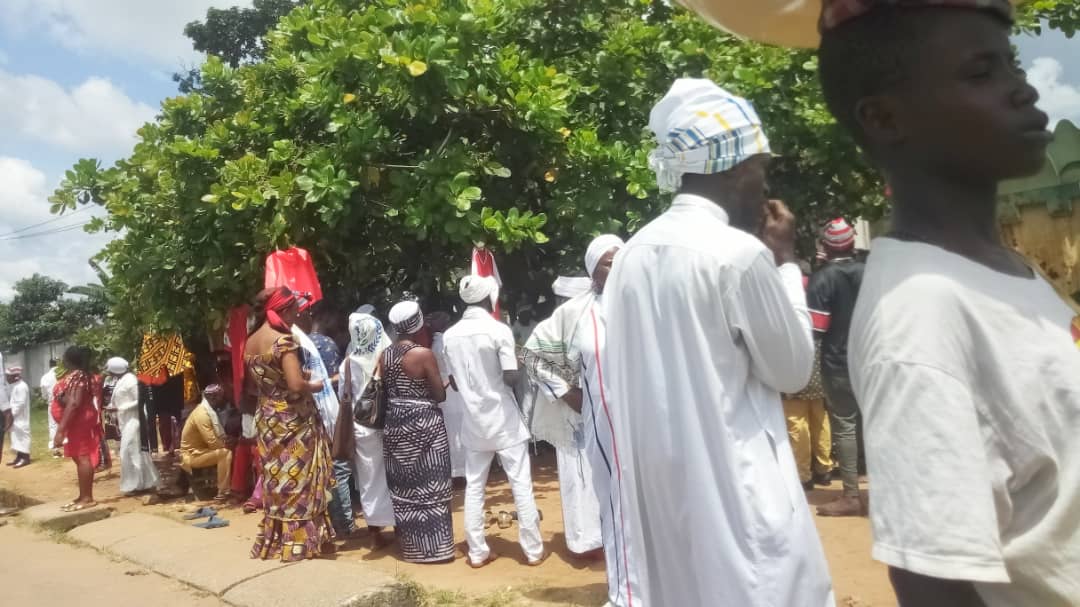 The Nigeria police, Abia state command has dispersed protesters of the Jewish religion along the busy Ikot-Ekpene road in Umuahia, Abia state.

Though the reason for the protest was not disclosed to news men as efforts to speak with the leader proved abortive.

The protesters wore white robes while chanting religious songs along the street.

The Abia state police command could not give any reason for disrupting the protest,it may however not be unconnected with efforts to maintain the peace and stability of the state following a press release by the state command few days ago of alleged protest by some groups in the state while assuring the Aba and Umuahia residents to remain calm.

Security operatives who later converged in their numbers at the scene around the high court of justice premises conducting traffic flow along the busy Ikot Ekpene road shortly after dispersing the crowd.