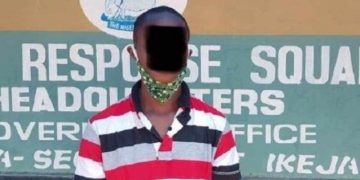 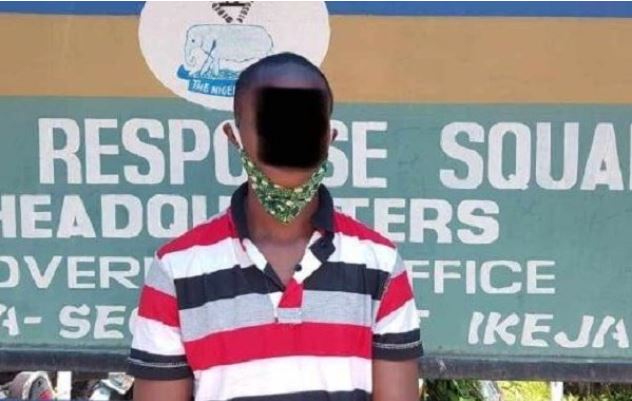 Operatives of Rapid Response Squad say 19-year-old Olufowoke Oladunjoye Emmanuel, a resident of Brentfield Avenue, Peace Estate, Magboro, Ogun State, was picked up by the Decoy Team after three days of monitoring him.

The suspect had consistently threatened to put up the musicians nude photographs on social media if she refused to pay some money.

Worried by this, the musician had to beat him to it by releasing the half nude pictures by herself.

The Commissioner of Police, Mr. Hakeem Odumosu had sometime in April 2020, directed the Commander, Rapid Response Squad, DCP Olatunji Disu to fish out the suspect.

The suspect in his statement admitted to the crime also insiting that he worked alone.

The 2017/2018 Electrical Engineering student of Yabatech, disclosed that he saw the nude pictures in a memory card he picked up on the floor in Yabatech sometime in November 2019.

According to him, after downloading the nude photographs on his phone, he picked up her mobile number from her Instagram page and chatted her up on 1st of April, 2020.

CP Hakeem Odumosu says his men will hunt down anyone who committs crime in Lagos and runs to any other state.