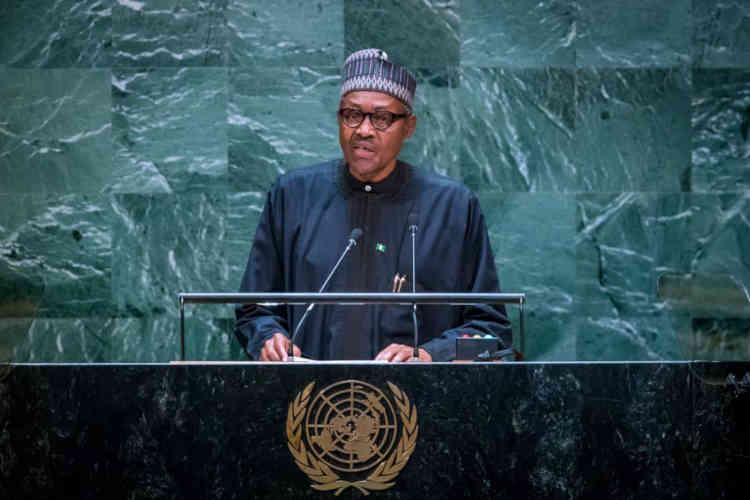 P&ID contract, a scam to rob Nigeria of billions-President Buhari

P&ID contract, a scam to rob Nigeria of billions-President Buhari

President Muhammadu Buhari has described the failed Process and Industrial Development Limited (P&ID) deal as a cheat to rob Nigeria of money running into billions of dollars.

He stated this on Tuesday while addressing world leaders at the 74th Session of the United Nations General Assembly in New York, United States.

The President said, “THE PRESENT NIGERIAN GOVERNMENT IS FACING THE CHALLENGES OF CORRUPTION HEAD-ON. WE ARE GIVING NOTICE TO INTERNATIONAL CRIMINAL GROUPS BY THE VIGOROUS PROSECUTION OF THE P&ID SCAM ATTEMPTING TO CHEAT NIGERIA OF BILLIONS OF DOLLARS.”

He also spoke on the effects of poverty which he said leads to criminality.

The President recognised poverty as the most potent threat to peace and development.

Its eradication is an indispensable requirement for achieving sustainable development,”

On climate change Nigeria stands resolutely with the international community in observing agreed carbon emission targets which was signed in 2015.

Nigeria has since issued two sovereign Green Bonds and have added a 1 million hectares of forested land taking total forest coverage to 6.7% through collective national effort.

To ensure access to education for all,the said the Government has introduced the Home Grown School Feeding Programme to address the challenge of out-of-school and forced-out-of-school children.

President Buhari noted that a developed Africa will not be antagonistic to industrialised countries but will become friends and partners in prosperity, security and development.