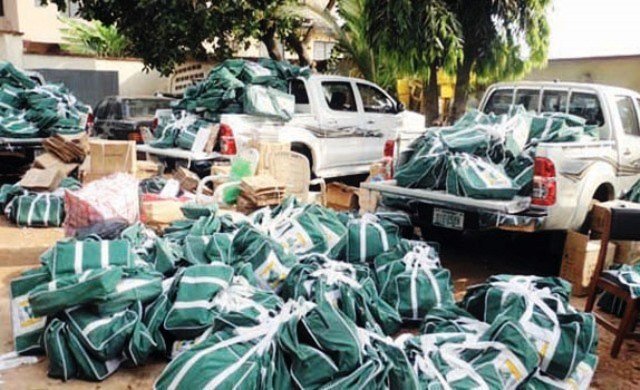 The Independent National Electoral Commission in Osun state has distributed sensitive materials ahead of the July 8 Osun West Senatorial By-Election.

TVC’s Ayodeji Moradeyo reports that  the Resident Electoral Commissioner deployed to the state for the purpose of the election, Baritor Kpagi took delivery of the items alongside other officers of the commission and party agents.

The materials were at the Oshogbo office of the central bank amidst tight security.

The INEC boss who said the commission is ready to deliver on its mandate assured that the materials are enough to prosecute the election as well as to take care any eventuality.

Representatives of the political parties at the point of delivery and distribution hailed INEC for the transparent process.

In the meantime, Police authorities in the state say they have deployed more than enough security personnel to monitor the election.

The state Commissioner of Police, Olafimihan Adeoye disclosed this in Oshogbo while deploying officers and men that will monitor election in the ten local councils in Osun West Senatorial district.

The Police boss warned political parties participating in the election to shun violence or face the full weight of the law.