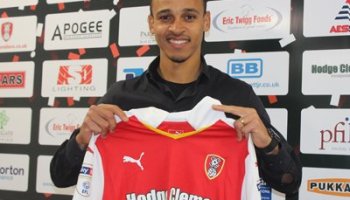 Former Nigeria international striker Peter Osaze Odemwingie is on the verge of becoming the next high-profile African star after Michael Essien to move to the Indonesian Liga 1.

The former Stoke City striker has signed a pre-contract agreement with Madura United and will be unveiled later this week as their marquee signing.

Madura Manager, Haruna Soemitro, has confirmed Odemwingie’s arrival and is hopeful his presence will serve as a boost to his squad.

He says the former Nigerian international ticks all the boxes for a marquee signing.