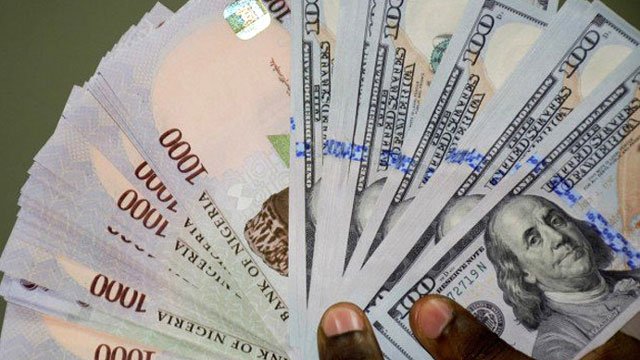 Naira may depreciate on dollar shortage

Naira may depreciate on dollar shortage

The local currency, which had depreciated to 370/dollar some three weeks ago, appreciated to 365/dollar. The CBN has been intervening in the forex market in recent times, but not as frequent and heavy as it was some months back.

Meanwhile, the Kenya’s shilling is forecast to strengthen in the next week to Thursday, while the Ugandan shilling and Zambian kwacha were expected to hold steady, according to traders.

The Kenyan shilling is expected to strengthen against the dollar in the coming week due to subdued importer dollar demand and increased demand for the shilling due to low market liquidity as market players unwind long dollar positions.

The Ugandan shilling is expected to trade in a narrow range, underpinned by healthy hard currency inflows from charities and agricultural exporters and low importer demand.

According to Reuters, commercial banks quoted the shilling at 3,595/3,605, unchanged from last Thursday’s close.

“We’ve been getting significant inflows from NGOs (non-governmental organisations) and commodities and I expect nothing will change,” said Benon Okwenje, trader at Stanbic Bank.

The kwacha        is expected to be flat in the coming week due to a balance between demand and supply for the greenback.

Commercial banks quoted the currency of Africa’s second-largest copper producer at 9.1200 per dollar from a close of 9.0500 a week ago.

Ghana’s cedi        is seen steady on regular central bank dollar sales to match intermittent spike in offshore demand, according to an analyst said.

The local unit recorded gains this week on the back of improved forex liquidity following news of a successful IMF review and extension of Ghana’s $918m credit programme.

“There is a lingering positive investor sentiment over the successful IMF review and we expect the cedi to remain calm with no significant movement against the dollar,” Accra-based currency analyst Christine Duola said.