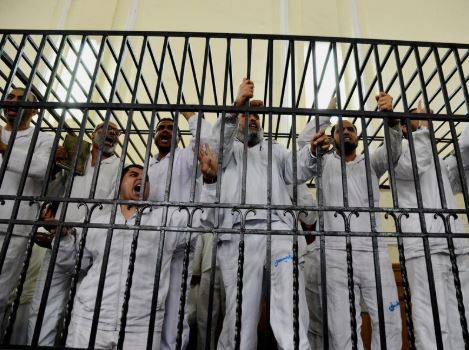 The children of high-profile Egyptian Islamists detained in the same prison as former President Mohamed Mursi before his sudden death last week say they fear for their parents’ health.

Mursi, 67, died after collapsing during a court appearance at Cairo’s Tora prison complex, where he was moved after army chief-turned-President Abdel Fattah al-Sisi overthrew him in 2013 and cracked down on the Brotherhood and its supporters.

Other senior Brotherhood members are jailed in Tora’s maximum-security “Scorpion” wing, often in solitary confinement. The families of four detainees, all at Tora, said their relatives were being held under extremely poor conditions, deprived of adequate healthcare.

Reuters was unable to independently confirm the families’ assertions about prison conditions and the state of health of their relatives.

An interior ministry spokesman and Egypt’s State Information Service, which handles relations with the foreign media, did not respond to several calls and messages seeking comment about the families’ accounts, including accusations that some of their relatives needed surgery for abuse suffered in detention.

Abdel Moneim Aboul Fotouh, a 68-year-old Islamist former presidential candidate who ran for election against Mursi in 2012, is held at Tora’s Al Mazra wing. Arrested in February 2018, he is held in pre-trial detention over alleged connections with the now-banned Brotherhood. He denies the charges, according to his son Ahmed.

Aboul Fotouh has diabetes, hypertension, heart and respiration problems which require him to sleep with an oxygen machine that he brought with him but does not work properly in the high temperatures of the prison cell, Ahmed told Reuters.

“The doctor said that he has to undergo a prostate operation but they are not allowing it,” he said. “They are deliberately not protecting his health. If they continue treating him like this, it will lead to the same result as Mursi.”