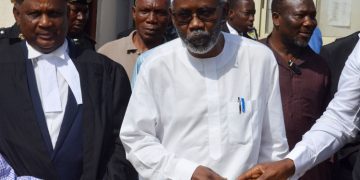 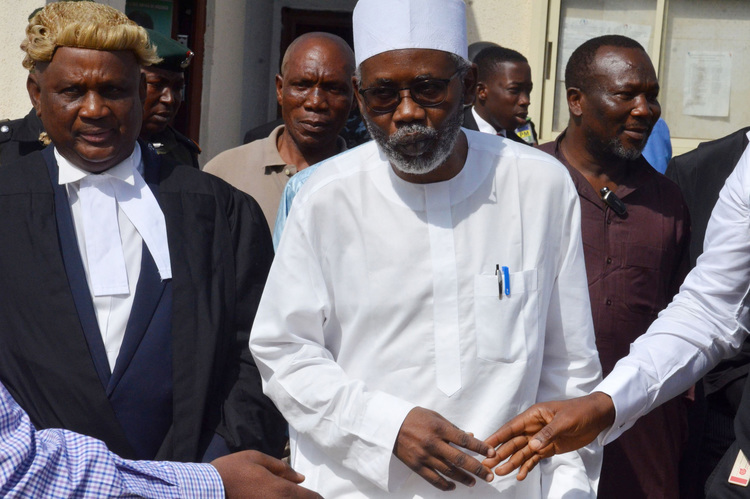 Mohammed Adoke, Nigeria's former attorney general, leaves the Federal High Court in Abuja, Nigeria's capital over financial crimes charges on January 22, 2020. - Nigeria's anti-graft agency said on January 21, 2020, it had filed corruption charges against a former justice minister over a $1.3 billion dollar oil scandal involving international majors Shell and Eni. Mohammed Adoke was arrested last month on arrival from the United Arab Emirates where he had been detained on a Nigerian warrant in connection with one of the West African state's biggest-ever corruption scandals. (Photo by KOLA SULAIMON / AFP) (Photo by KOLA SULAIMON/AFP via Getty Images)

A former Acting Managing Director of Unity Bank, Rislanudeen Muhammed, has insisted at the Federal High Court in Abuja on Monday, that there was nothing wrong with receiving $2.2m cash from a former Attorney General of the Federation and Minister of Justice, Bello Adoke, (SAN), as repayment of the loan owed the bank by the former minister.

Muhammed, currently a banker with the Bank of Industry, disclosed this under cross examination as the second prosecution witness in the 14 amended counts of money laundering instituted by the Economic and Financial Crimes Commission against Adoke and his co-defendant, Aliyu Abubakar.

In count 9 of the charges, the EFCC had alleged that Adoke, sometimes in 2013, in Abuja, “made a cash payment of $2,267,400 to Risslanudeen Muhammed” and thereby “committed an offence contrary to the combined effect of section 16(1)(d) and of section 19a) of the Money Laundering Prohibition Act, 2011 (as amended) and punishable under section 16(2)(b) of the same Act”.

But Muhammed had earlier on August 13, 2020, under cross-examination by Adoke’s lawyer, Kanu Agabi (SAN), said that the $2.2m transaction did not constitute proceeds of any criminal offence.

He said the same thing on Monday at the resumed cross-examination, which was earlier suspended when the court adjourned on August 13.

Muhammed told the trial judge, Justice Inyang Ekwo, that after receiving the $2.2m from Adoke, it was kept with the Abuja branch manager of the Unity Bank, and later handed to a Bureau de Change operator for conversion to naira.

He added that after the money was converted, the naira equivalent was paid into Adoke’s account with the bank and subsequently used to liquidate the loan.

He said, “I am fully aware of all the transactions in respect of the loan payment. I did not report any suspicion to the bank, EFCC, ICPC, NFIU, and SSS because there was nothing suspicious. 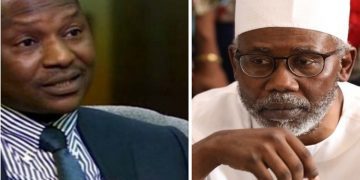