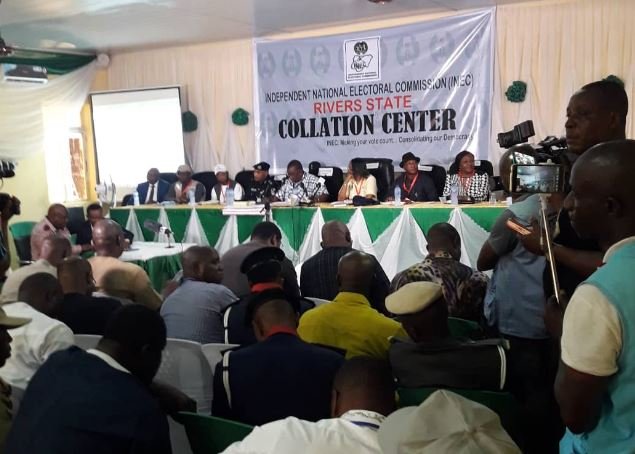 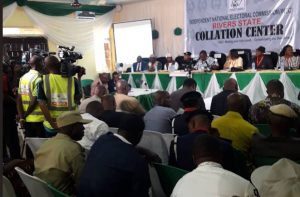 INEC ordered the resumption of Collation and declaration of the March 9 governorship election results, after suspending electoral processes in the state following widespread disruption and soldiers invasion of the collation centre.

Results of Port Harcourt and Ikwerre Local Governments have now been called and the commission said results from 17 LGA will be announced.

Officials presiding over the process include some national commissioners of INEC, the state Resident Electoral Commissioner, Obo Effanga and security agencies led by the Commissioner of Police, Usman Belel.

To forestall any breakdown of law and order the Port Harcourt-Aba expressway around the INEC office have been cordoned off while access into the premises is highly restricted.