The death toll in the devastating earthquake and subsequent tsunami that hit the Indonesian island, Sulawesi, has risen to 844.

At least 600 people wounded in the disaster are being treated in hospital. More than 48,000 have been forced from their homes.

Most of the confirmed deaths are in the city of Palu and authorities are bracing for the toll to climb as connections with outlying areas have been restored.

The National Disaster Mitigation Agency says a mass burial will be carried out by local officials to avoid further decomposition of the corpses.

Hundreds of people had gathered for a festival on Palu’s beach when the water surged. A disaster official says the tsunami traveled across the sea at 800 kms per hour.

Electricity is still down in the affected region, hampering rescue efforts, and there is a major shortage of fuel. Queues at petrol stations around Palu reportedly stretch for kilometres. 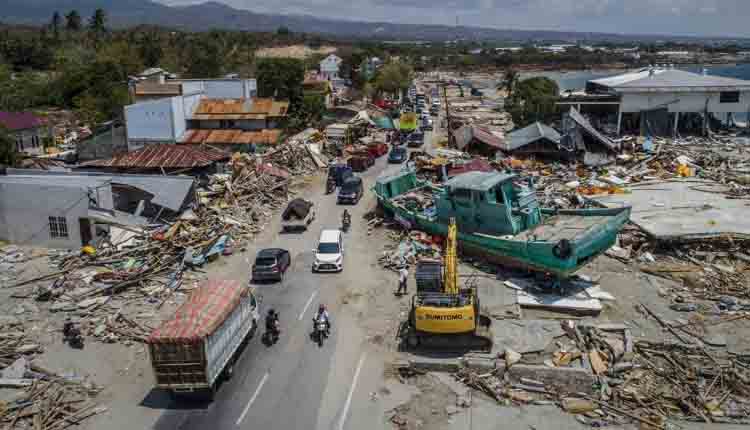