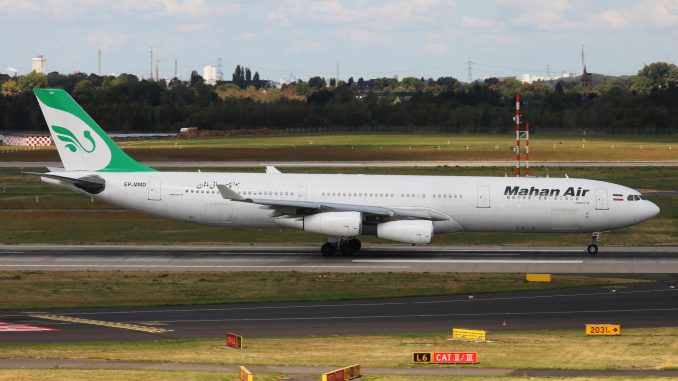 Germany has bowed to U.S. pressure to ban from its airspace an Iranian airline accused of ferrying weapons and advisers to help support President Bashar Al-Assad’s forces in Syria’s civil war.

According to a senior German government, Berlin had revoked the landing rights of Mahan Air due to suspicions that it was being used for military purposes by Iran’s Revolutionary Guards and also on safety grounds.

The measure did not constitute the imposition of general sanctions against Iran.

In September, Richard Grenell, the outspoken U.S. ambassador to Berlin, tweeted his objections to the airline continuing to operate in Germany.

“Mahan Air has routinely flown fighters and materiel to Syria to prop up the Assad regime,” a linked embassy press release stated.

European countries have been under sustained U.S. pressure to reimpose sanctions on Iran since President Donald Trump last year pulled Washington out of a nuclear non-proliferation treaty it had reached with Tehran under his predecessor Barack Obama.

Along with Iran, the other signatories to the deal – Germany, France, Britain, Russia and China – are still trying to keep it alive.

The European countries, with more extensive economic ties to Iran and mindful of the threat that would be posed by another nuclear state in their immediate neighborhood, have sought to shield themselves from the impact of Washington’s extra-territorial sanctions, with limited success.