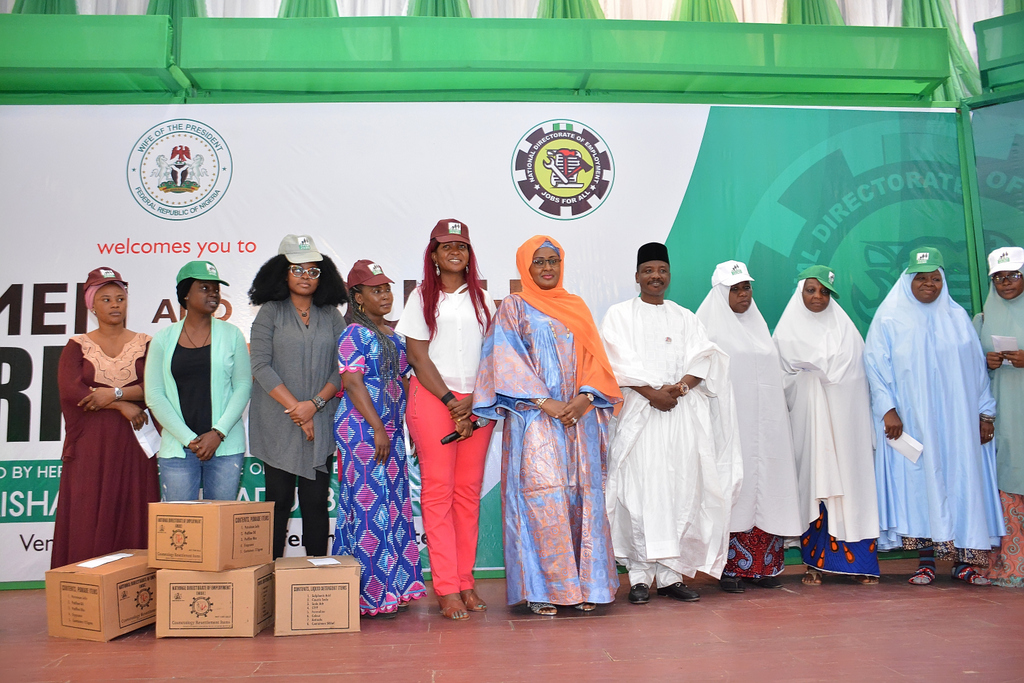 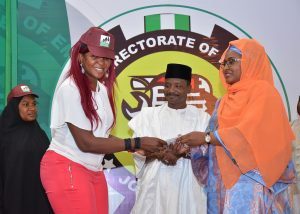 The wife of the president, Her Excellency Dr Mrs. Aisha Buhari has asked Nigerians to decide this weekend, whether the poorer should become poorer and the rich richer or we have a society where the gap begins to be reduced.

She said this on Thursday while presenting empowerment packs to 1,250 women and youths from the six Area council of the Federal Capital Territory in Abuja.

Mrs Buhari, said poverty was one of the indices that encouraged people to embrace vices like terrorism kidnapping and begging.

Earlier the D.G., NDE Dr.Nasir Mohammed Argungu, thanked the wife of the president for her support to the directorate.

According to him, in 2014 to 2015, the revenue allocation to the agency has not changed.

The beneficiaries whom were drawn from the six local government areas of Abuja went home with cosmetology starter packs worth N40.000 forty thousand naira and cash 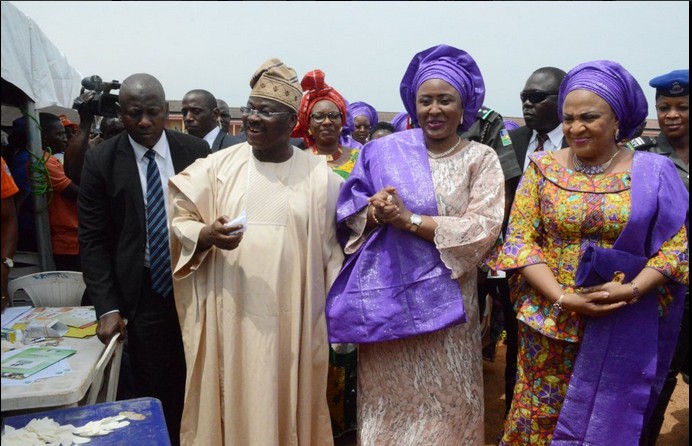