Former Secretary General of the United Nations and Nobel Peace Laureate, Kofi Annan is dead. He died on Saturday after a short illness at the age of 80.

Annan was the first black African to take up the role of the world’s top diplomat, serving two terms from 1997 to 2006.

He also served as the UN special envoy for Syria, leading efforts to find a peaceful solution to the conflict.

Annan’s tenure coincided with the Iraq War and the HIV/Aids pandemic. He won the Nobel Peace Prize for humanitarian work. 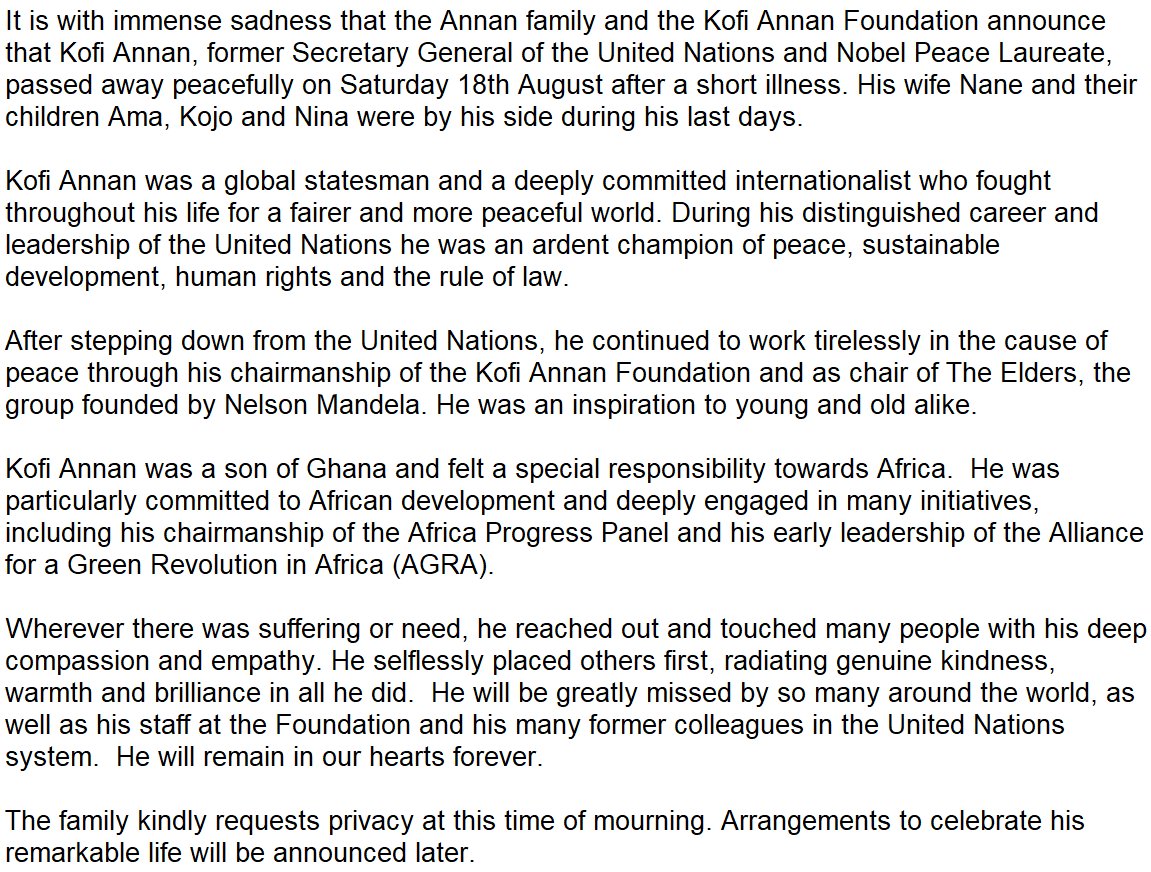 1994 Genocide in Rwanda: Another Anniversary By Paul Ejime