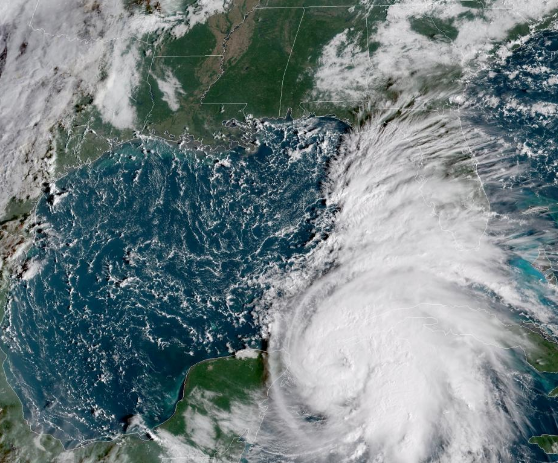 Governor of Florida, Rick Scott has declared a state of emergency in 35 countries along the panhandle and Florida’s Big Bend regions as Hurricane Michael takes aim.

After the fatal flooding which occurred in central America, another hurricane is expected to hit Florida which according to report could be a Category 3 storm when it makes landfall.

Hurricane Michael was expected to strengthen on Tuesday in the Gulf of Mexico, taking aim at the Florida panhandle, where residents were implored to get out of harm’s way ahead of life-threatening waves, winds and rains.

Tens of thousands of people have been ordered to evacuate in Wakulla, Gulf and Bay counties as hurricane Micheal is expected on Wednesday, becoming the most powerful storm to strike the panhandle in at least a decade.

Rick says “About 1,250 National Guard soldiers were aiding the process and more than 4,000 troops have been placed on standby”

“For those considering evacuation, I can’t stress strongly enough the importance of leaving as early as possible,”