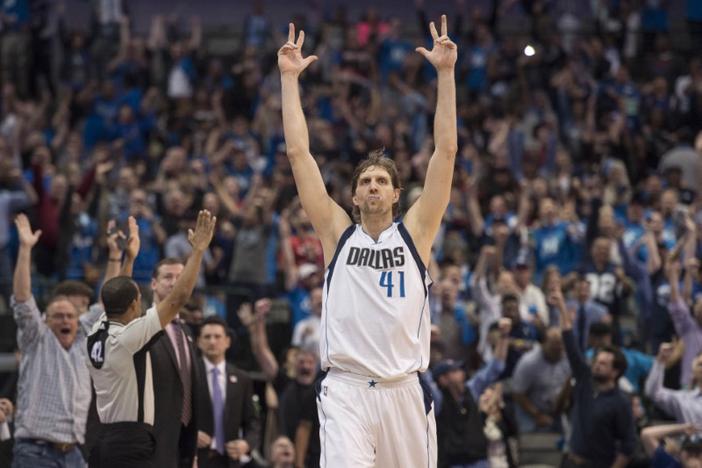 TVC NEWS The NBA’s regular season may have drawn to a close but the venerable careers of several veteran players keeps forging ahead with no clear end in sight.

A league that seemingly keeps getting younger is still holding court for the last standing relics of basketball’s previous era.

Vince Carter, Dirk Nowitzki, Manu Ginobili, Jason Terry, Paul Pierce and Metta World Peace carry the torch of the past as the only remaining NBA players who were drafted in the 1990s.

Hair has thinned and physiques have softened, but the aging competitors have survived the changing league while holding off Father Time.

Only Pierce, in his 19th season and headed to the playoffs with the Los Angeles Clippers, has proclaimed this campaign his last and embraced a farewell tour. The others play on, focusing on the battle in front of them rather than the days behind them.

World Peace has played through evolving styles and name changes. He entered the league as Ron Artest in 1999 before becoming Metta World Peace in 2011.

Though he averaged less than seven minutes a game with the Los Angeles Lakers this season he still possesses a physical presence that is ready when called upon.

Carter, 40, has seen his high-flying routine grounded in recent years but has prevailed with a work ethic that has allowed the Memphis Grizzlies forward to tally 2,048 career three-pointers, currently tied for fifth all-time.

“How you take care of yourself (is a key to longevity),” Grizzlies coach David Fizdale told Reuters.

“Vince doesn’t have many days off. I went to see him in the summer and he has a gym built at his house with a full basketball court. When it comes to his nutrition and work ethic, he takes it very seriously.”

A 13-time All Star, Nowitzki is one the game’s greatest international standouts, a discussion the Argentinean Ginobili also finds himself in.

Ginobili, 39, will try to add to his four NBA titles with the San Antonio Spurs in this year’s playoffs.

And while the NBA debates the new school approach of top teams resting their best players throughout the season, the lingering faces of the 90s remind that simply playing hard every night can still stand the test of time.