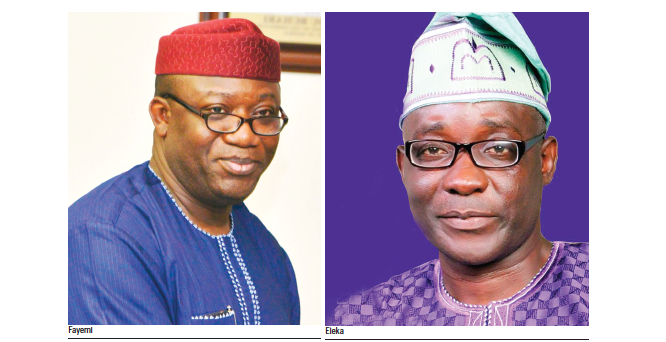 First runner up in the July 14 Ekiti Governorship Election, Kolapo Olusola of the PDP has submitted his petition to the Election Tribunal to challenge the victory of the APC candidate, Kayode Fayemi.

Speaking at the tribunal premises, Olusola who is Deputy Governor of the state, said he was not challenging the election result out of desperation to be governor but for posterity.

According to him, as a law abiding citizen, the only path of honour to take is to seek redress against the use of security forces and other instruments of the federal government to suppress the will of the people.