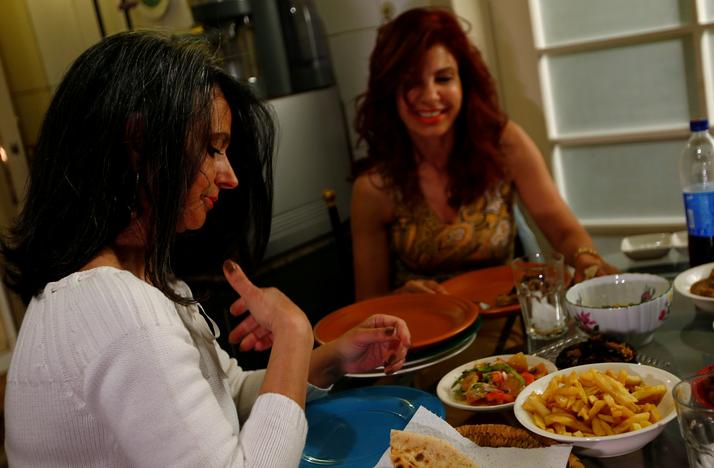 Islamic State claimed responsibility for the attacks on Palm Sunday targeting Egypt’s nearly 2,000-year-old Coptic Christian community and has warned of more attacks to come. The militants are waging an insurgency against security forces in Egypt’s Sinai peninsula.

In the Mediterranean port city of Alexandria, worshippers passed through a metal detector at the entrance to Saint Mark’s Cathedral, historic seat of the Coptic Pope and one of the two sites attacked last Sunday.

Rafiq Bishry, head of the church’s organizational committee, said he was surprised that so many people had come to the services that mark the crucifixion and resurrection of Jesus Christ despite the increased security risks.

“This is a clear message to the whole world that we are not afraid,” he told Reuters Television.

Coptic Pope Tawadros had been leading the mass at the cathedral at the time of the explosion but was not injured.

On Saturday, a soldier with a heavy machine gun watched from the top of an armored vehicle near the cathedral.

At the other bombed church, St. George’s, in the Nile Delta city of Tanta, north of Cairo, masked soldiers with body armor and rifles stood by as worshippers were searched and also made to pass through metal detectors.

Islamic State has stepped up assaults on Egyptian Christians and now claims to have killed 80 people in three church bombings since December, including the Palm Sunday attacks.

Maha Ragaay, a Coptic Christian teacher who lives in Cairo, said she had avoided watching television on Palm Sunday, afraid of seeing the bloody images broadcast after the bombings.

“I do not want (these attacks) to happen again, but I don’t feel that we’re doing anything to stop this,” she said, lighting a candle in front of a small statue of the crucified Christ as she celebrated Easter with family and friends at home.

Ragaay said she would be marking Easter in a state of mourning for those who had lost their lives.

Following the attacks, the government introduced a three-month state of emergency which gives it sweeping powers to act against what it calls enemies of the state.

Copts make up about 10 percent of the 92-million population of mostly Muslim Egypt and are the region’s largest Christian denomination.