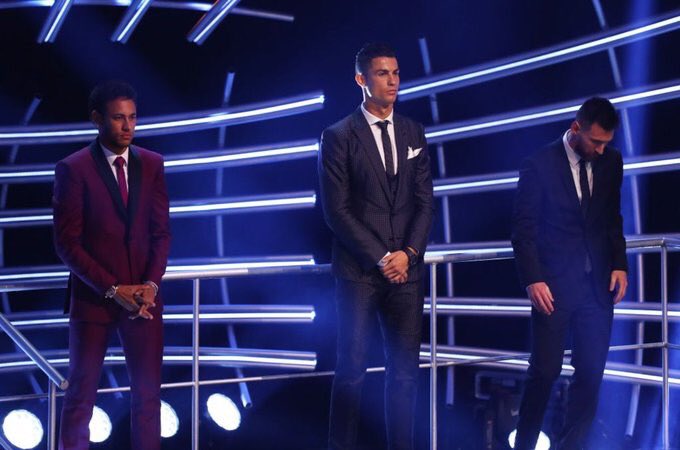 Cristiano Ronaldo retained his FIFA men’s player of the year crown on Monday night, beating Lionel Messi and Neymar to earn the accolade of the World’s Best Footballer.

The Real Madrid star picked up the award ahead of his rivals from Barcelona and Paris Saint-Germain.

Ronaldo has scored 44 goals for club and country so far in 2017 and scored twice in the Champions League final in June as Real retained the trophy.

The Barcelona and Netherlands midfielder picks up the prize, having helped her country to Euro 2017, where she was also named player of the tournament.

Gianluigi Buffon was named as the goalkeeper of the year. The legendary Italian stopper picked up the prize ahead of Real Madrid’s Keylor Navas and Bayern Munich’s Manuel Neuer.

Real Madrid and Barcelona players dominate the 2016/17 FIFA FIFPro World XI, with no Premier League representation in the team.