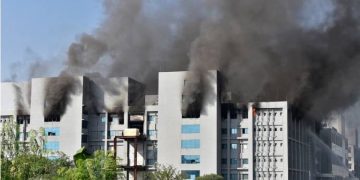 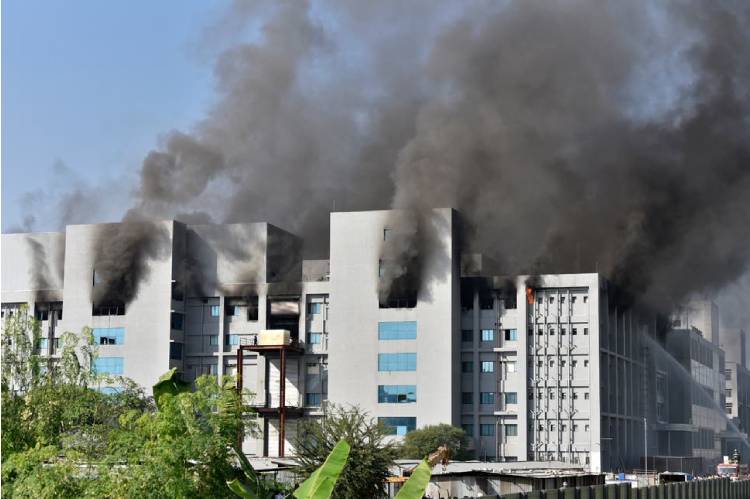 A massive fire broke out at a new manufacturing-focused building inside the facility of the Serum Institute (SII) of India Thursday afternoon, police said.

Deputy Commissioner of Police Namrata Patil said security authorities along with fire engines as well as local administrative officials have reached the site to help in rescue and relief operations.

Ms. Patil told journalists that the fire broke out at 2.45 pm on the fourth and fifth floor of the SEZ 3 building in the Serum Institute premises.

“As per the primary information, three people have been evacuated,” she said.

The site is producing millions of doses of the Covishield Covid vaccine, developed by AstraZeneca and Oxford University.

Local media reported that the building where the fire broke out is part of the under-construction site of the Serum facility and Covishield production has not been affected by the fire.