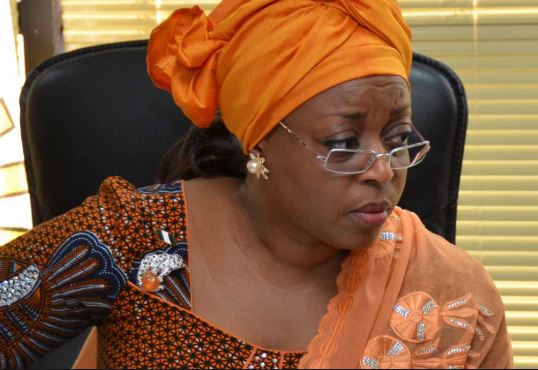 Justice Nicholas Oweibo of the Federal High Court in Lagos has ordered the interim forfeiture of several pieces of jewelry and a customised gold iPhone, valued at $40m  which belong to former Minister of Petroleum Resources, Diezani Alison-Madueke.

The judge ordered that the 2,149 items should be temporarily forfeited to the Federal Government.

Counsel for the Economic and Financial Crimes Commission, Rotimi Oyedepo had approached the court earlier today, to argue his exparte application.

The motion, titled action in rem, which means against the property, had Diezani as the only defendant. It was brought under Section 17 of the Advance Fee Fraud and other related Offences Act No. 14, 2006.

The EFCC said it recovered the numerous items “on the premises of the respondent,” adding that it reasonably suspected that the former minister acquired them with “proceeds of unlawful activities.”

According to the schedule accompanying the motion, the expensive jewelry include bangles, rings, earrings, wristwatches; necklaces and earrings, brooches and pendants.”

The EFCC said “the respondent’s known and provable lawful income is far less than these properties.

Justice Oweibo also instructed the anti-graft agency to publish the forfeiture order in a national newspaper “for the respondent or any other interested person to appear in court within 14 days explaining why the said properties shouldn’t be forfeited permanently to the federal government.

The judge adjourned till August 23, 2019 for further proceedings.