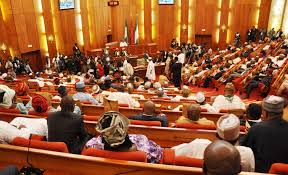 The Senate has adjourned its plenary till January 28 to allow for Christmas and New year celebrations.

The Senate had on Wednesday adjourned plenary till Friday, in honour of the Senator representing Imo North, Benjamin Uwajumogu, who slumped and died on Wednesday.