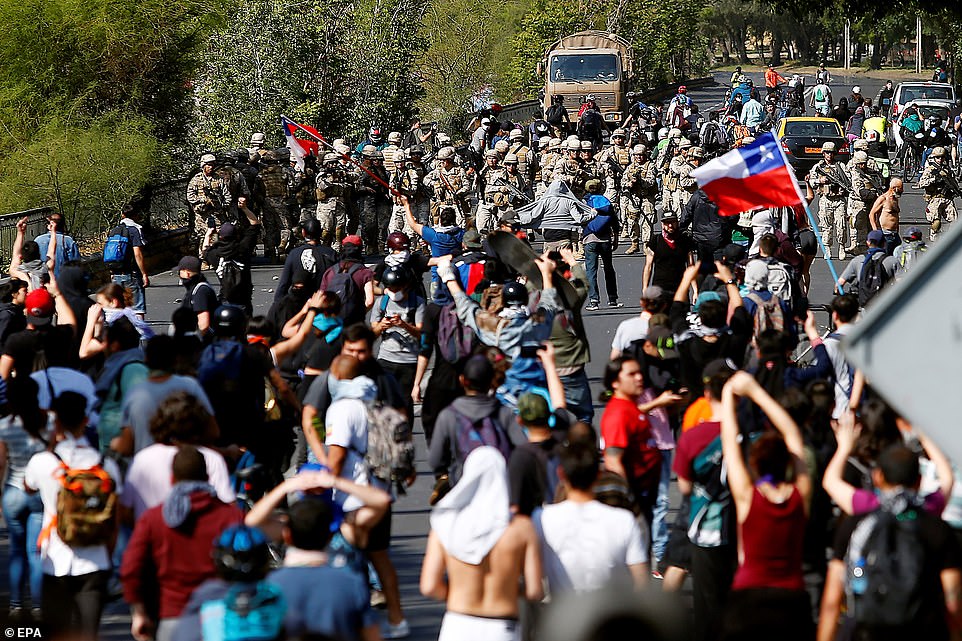 Five people have died after a garment factory was set ablaze by looters near Chile’s capital Santiago amid a wave of violent protests.

The military and police used tear gas and water cannon against protesters and a curfew was imposed in major cities.

A state of emergency already in place in Santiago is to be extended to cities in the country’s north and south.

The unrest, sparked by a now suspended metro fare hike, has widened to reflect anger over living costs and inequality.