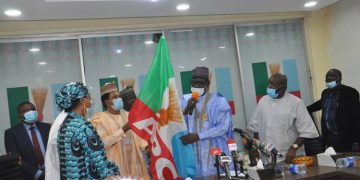 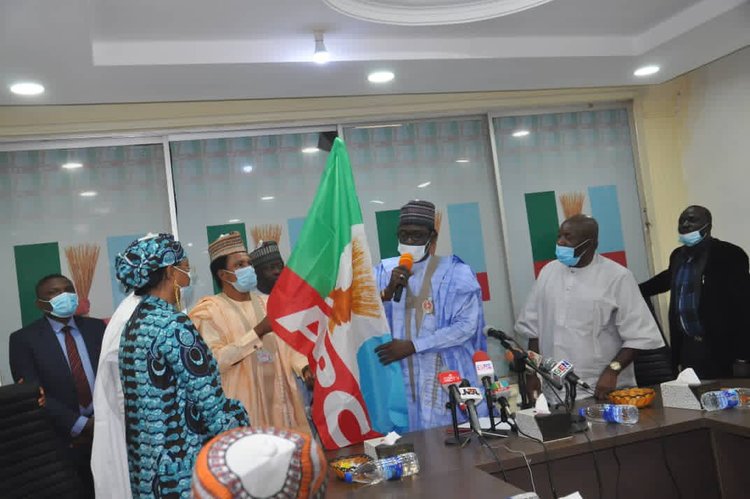 Share on FacebookShare on Twitter
The chairman of the All Progressives Congress’s Caretaker and Special Convention Committee,  and Governor of Yobe State, Mai Mala Buni, has formally received Senator Elisha Abbo at the Party’s National Secretariat.
Senator Abbo announced his defection from the People’s Democratic Party to All Progressives Congress on Wednesday.
The letter was read on the floor of the Chamber by Senate President, Ahmed Lawan.
The event was witnessed by the Senate President, Ahmed Lawan. 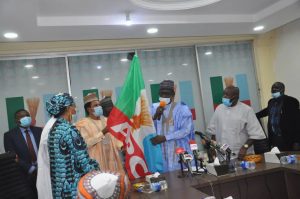 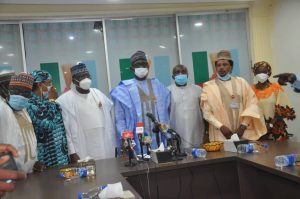 Meanwhile, the Adamawa Chapter of the People’s Democratic Party has asked senate president, Ahmed Lawan to declare the seat of Senator Elisha Abbo vacant following his defection to the All Progressives Congress.Speaking to journalists in Yola, the party’s state chairman, Tahiru Shehu said that his defection is unconditional, noting that it did not come to them as a surprise because of his antecedent. 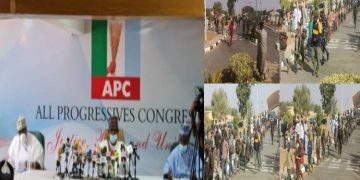