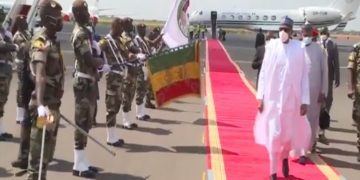 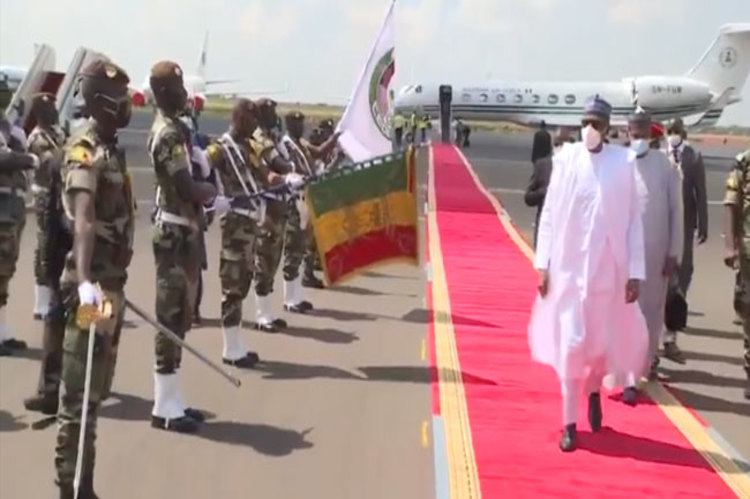 President Muhammadu Buhari has arrived in Bamako, the Republic of Mali on a one-day visit aimed at finding a political solution to the crisis in the country.

This is the president’s first trip out of the country after Nigeria recorded its first COVID-19 case on February the 27th.

In a statement on Wednesday, special adviser to the president on media and publicity, Femi Adesina, said the trip to Mali follows the briefing of former President Goodluck Jonathan, who is a special envoy of the Economic Community of West African States (ECOWAS), to Mali.

JUST IN: President Muhammadu Buhari arrives in Bamako, Republic of Mali on a one-day visit. pic.twitter.com/sApFnmXXiL

Mr Goodluck Jonathan was appointed by the ECOWAS to lead its mediation team to help resolve the socio-political crisis in Mali.

The former president had visited President Buhari on on Tuesday, to brief him on his activities in Mali.

There is currently an uprising against President Ibrahim Boubacar Keita of Mali, who has spent two out of the five years of his second term in office.

A resistance group, M5, is insisting that the constitutional court must be dissolved, and the president resign, before peace can return to the country.