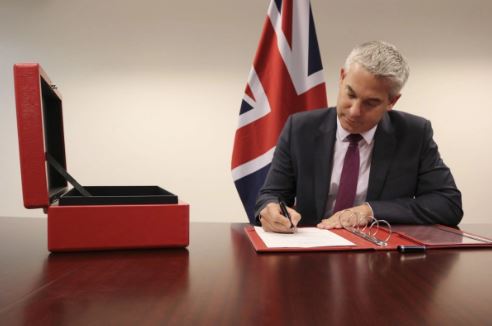 Brexit Secretary, Stephen Barclay has signed an order that will end all European Union Law applying in Britain from October 31st.

Mr Barclay said he had signed the legislation setting in stone the repeal of the European Communities Act 1972.

British Prime Minister, Boris Johnson has also tweeted that signing the document means that the United Kingdom will take back control of its laws on Brexit Day.

The European Communities Act 1972 is the vehicle that sees regulations flow into British law directly from the EU’s lawmaking bodies in Brussels.

The repeal of the 1972 Act will take effect when Britain formally leaves the EU on Oct. 31.