The Apapa Area Command of the Nigeria Customs Service has made remittances of three hundred and sixty seven point seven billion naira to the federation account in the last three quarters of the year.

This covers the sum of revenue collected from January to September.

The Command also recorded seizures of 328 containers comprising pharmaceuticals and other contraband goods within the period under review.

In detailing the revenue collection of Apapa command, the area Comptroller, Mohammed Abba-Kura explained that the sum of 140.3 billion naira was generated in the 3rd quarter of 2020, indicating a 27% increase in collections compared to N110.2 billion naira recorded in 2019.

He revealed that in the past nine months, the command has so far remitted 367.7 billion naira to the coffers of government, depicting an increased differential of N54.2 billion naira, when compared to the the sum of N313.5 billion naira collected in the same period in 2019. 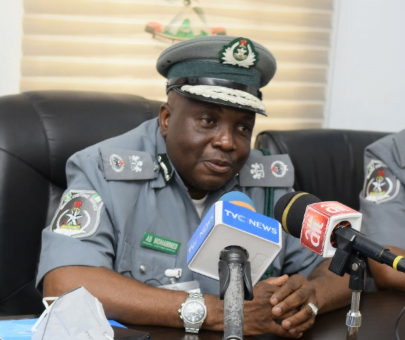 At the apapa port terminal, containers of unregistered controlled pharmaceutical products and other general goods that were seized for non compliance with extant regulations totaled 328 containers.

He echoes the need for more stringent laws to guard against importation of harmful substances into the country.