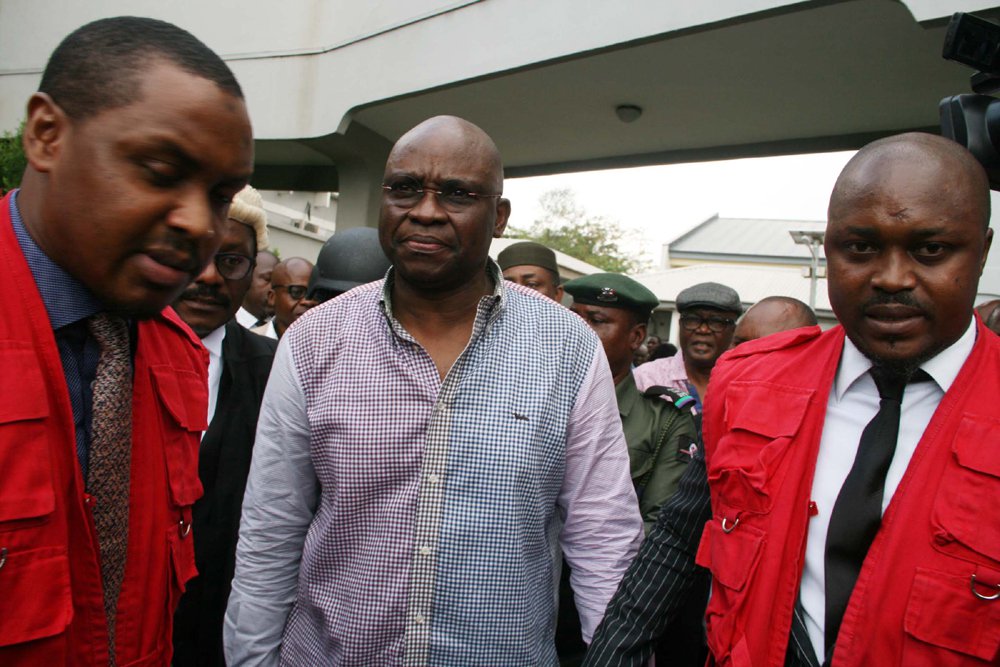 Former Ekiti state governor Ayodele Fayose has been re-arraigned at the federal high court in Lagos on charges of alleged fraud amounting to 6.9 billion naira.

He pleaded not guilty before justice Chukwujekwu Aneke. His company, spotless investment ltd is also charged with him.

The judge maintained the existing bail conditions of 50 milion naira with a surety in like sum on the former governor.

Defense counsel, Ola Olanipekun, applied for the temporary release of the accused’s international passport, to enable him travel abroad for medical treatment.

The judge granted the request, but ordered that Mr Fayose returns the passport to the court registrar on or before September 16.

Dates for accelerated hearing have been fixed for september 16th to 19th, and october 21st to 25th.

The defendants had earlier been standing trial before justice Mojisola Olatoregun, but the case was transferred to Justice Aneke after the EFCC accused Olatoregun of bias.