Ajimobi: I have lost a dedicated friend, brother, ally -Tinubu

Ajimobi: I have lost a dedicated friend, brother, ally -Tinubu

National leader of the All Progressives Congress, Asiwaju Bola Ahmed Tinubu, has described the death of the former governor of Oyo state, Senator Abiola Ajimobi, as a great loss.

He said said Senator Abiola was a dedicated friend, brother and ally.

Asiwaju Tinubu added that Mr Ajimobi was as a Great Man, one of the leading lights of All Progressives Congress, the Yoruba race and Oyo State.

Read the full statement below.

Tribute to A Great Man: Senator Abiola Ajimobi
We Shall Always Remember You

Former Governor of Oyo State, Senator Abiola Ajimobi, passed away today. With his departure, Nigeria has lost an outstanding statesman and one of its most able politicians. Our party, the All Progressives Congress, has lost one of its leading lights. The Yoruba race and Oyo State have lost a favourite son. I have lost a dedicated friend, brother and ally. 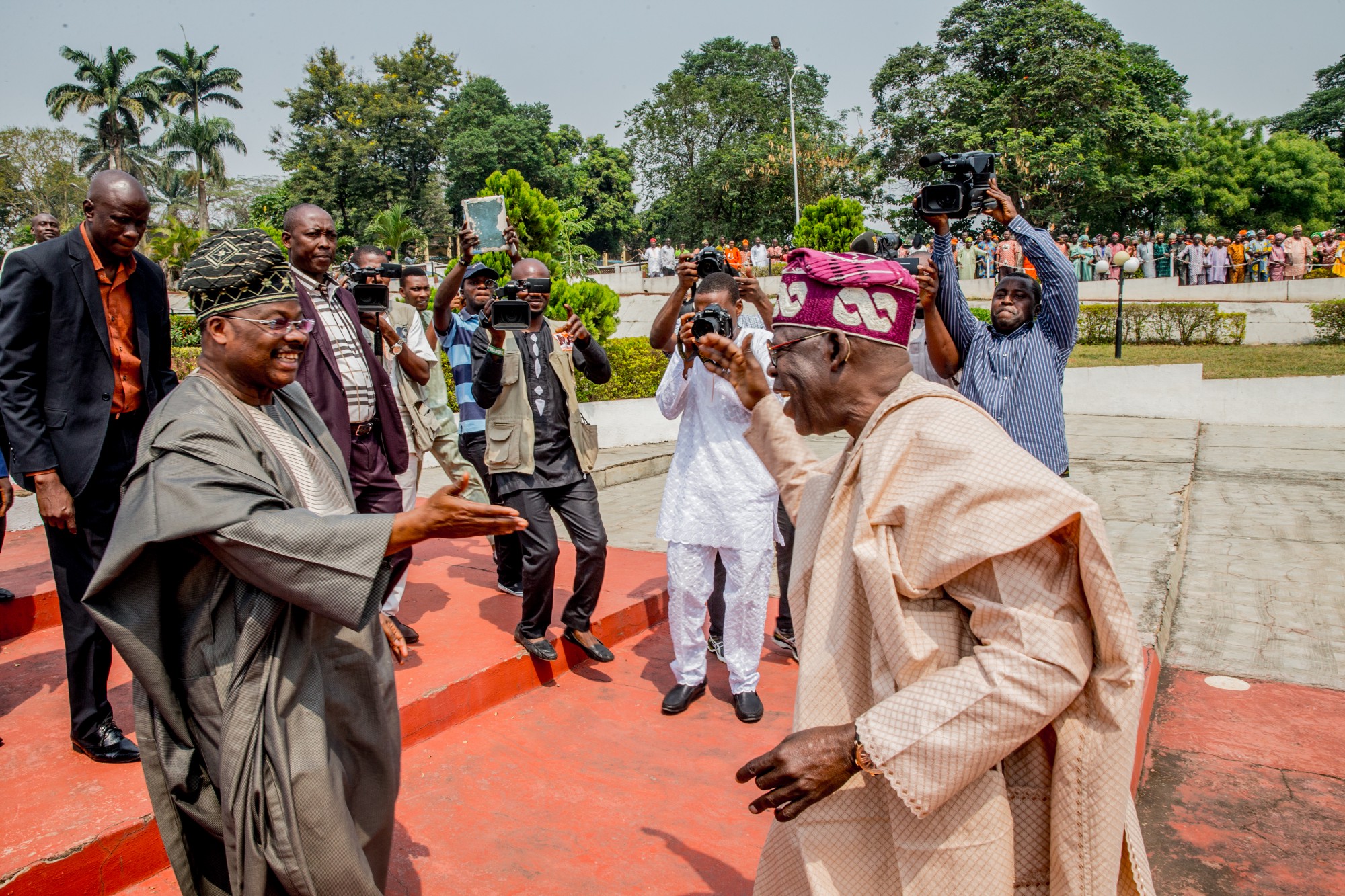 The pain we feel at his passing is beyond what words can describe. This good and excellent man has left us but his energy, activism and commitment to Nigeria and its people shall always be with us.

He was reputed to be the best and most productive governor Oyo State has had. In this assessment, I concur as do so many others. The numerous infrastructural and public works projects he initiated literally changed the face of Oyo for the better. His legacy as a governor will be an enduring and positive one. The first governor to serve two consecutive terms in Oyo, he broke a political jinx that many said could not be broken.

The people of Oyo were wise and very well served to have elected him their governor for eight years. I also shall always remember and hold dear the vital contributions he made to the establishment of our party and how he worked with great commitment and sagacity to enshrine progressive governance in the party, Oyo and Nigeria itself.
His recent emergence as Deputy National Chairman of our party was in affirmation of his many years of service and devotion to the pursuit of democratic governance. The history of the APC cannot be squarely written without him.

Ajimobi was my friend and brother. He was honest and forthright. He had the interest of the people at heart. We shared a common progressive vision for our country and how to bring prosperity, justice and hope to its people. I had hoped that we could achieve more together but the ultimate wisdom and all our fates rest in the hands of Almighty Allah who knows best.

At his core, Senator Ajimobi was a family man. He was a loving husband and father. My heart grieves for his wife, Florence, and their children. May they find the comfort that only Almighty Allah can provide at this moment.

Ajimobiâ€™s death hurts. Yet, we must all find strength in the good way he lived his life and in the fine and good ideals for which he fought. We must carry on with the important task ahead because that is what my dear friend and brother would expect of us.

My prayer is that the Munificent Allah shower mercy upon him, reward his good deeds, and admit him to Aljanna Firdaus.