One of the national chairmanship aspirants at the just concluded PDP convention, Professor Taoheed Adedoja has asked a Federal High Court sitting in Abuja to nullify the outcome of the convention.

Adedoja, through his lawyer, said that he was excluded from the chairmanship race and his name replaced with that of a former minister of Youths and Sports.

He said it was wrong to say he scored zero after the convention when his name was not actually on the ballot papers. 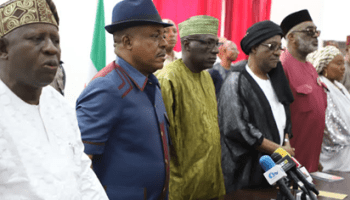