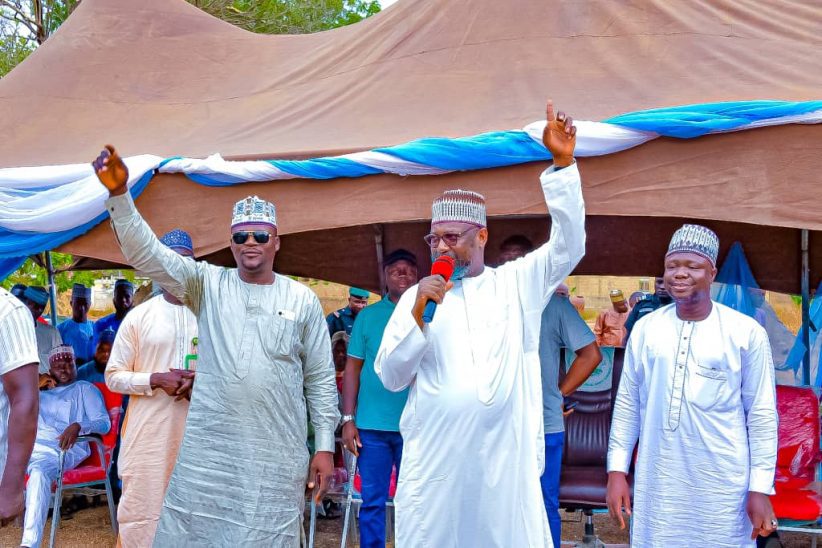 Niger State governor, Abubakar Sani Bello has been endorsed by the Officials of the All Progressives Congress APC,  Kontagora Local Government Area to contest for the seat of Senate for Niger North (Zone C) in the 2023 general elections.

The endorsement ceremony which took place at the Niger State Government Lodge, Kontagora, was attended by all the 378 executive members of APC from all the wards in Kontagora local government area.

The Kontagora APC Chairman, Adamu Kawo explained that Governor Sani Bello is competent and worthy to represent the zone at the upper Legislative Chamber, hence his endorsement.

Speaking to journalists shortly after the endorsement, Governor Sani Bello assured the people of Niger North that if elected, he will use his wealth of experience from the executive arm to initiate bills that would attract capital projects to the zone and also ensure that road contracts awarded by the Federal government but yet to be founded are given attention.

“Niger North Senatorial Zone has challenges especially when it comes to Federal Roads. We have to continue to discuss with the Federal Government so that most of the contracts that have been awarded and have not been funded can get attention”, he said.

The Governor who appreciated the APC officials in all the wards in Kontagora local government area said, he consider the endorsement as a clarion call following series of consultations and persuasions by many stakeholders within and outside the zone, stressing that he will not relent in bringing the desired development to the zone.

Others speakers at the event including APC  Chairman Tungan Wawa Ward, Lawal Madangiyan and Hajiya Sa’adatu Bokane, in their separate remarks, commended the Governor for his leadership style and for ensuring fairness and justice in the Party as a leader.

They assured him of their support expressing confidence that his presence at the will provide good representation of the  Zone at the Senate.

We’re happy the world is still with us in fighting terrorism, Buhari tells Guterres