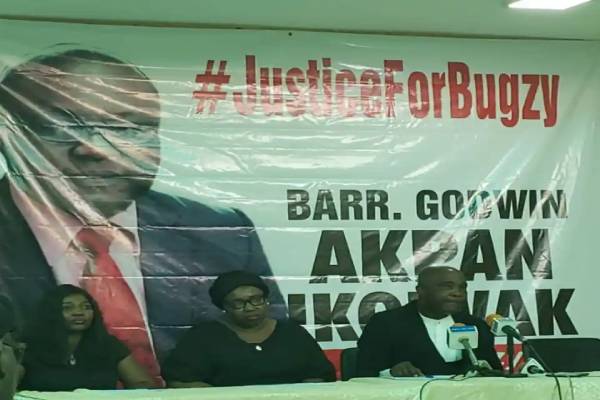 Family members of a deceased Legal Practitioner, Godwin Ikoiwak have called on the Federal government, the Inspector General of Police and the Akwa Ibom State Government to investigate an alleged conspiracy surrounding his death.

Before his demise, Mr Ikoiwak was a State Prosecutor at the Ministry of Justice in Akwa Ibom State.

Mr Ikoiwak’s Family members, as well as his 2005 (law graduate) classmates from the University of Calabar, made the appeal at a Media Conference in Abuja.

They said the deceased did not die of natural causes as there appeared to be foul play in the events leading up to his death.